The Rector of Loftus (sometimes Lofthouse) is the formal title given to the Parish Priest of Loftus.

Over the centuries the Parish of Loftus has been served by good and faithful priests some of whom history has recorded while others have passed silently into history.

The Rectors of Loftus appointed by the Priors of Guisborough were…

In 1539 King Henry VIII dissolved the monasteries including Guisborough Priory.  At this time the patronage of the Loftus Parish automatically reverted to The Crown.  At the time it was deemed politically expedient for The Crown to retain the Parish of Loftus as a Crown Benefice, so the King could appoint his own man to Loftus.

Since 1539 The Crown has appointed the following Rectors of Loftus…

1573  William Crosthwaite M. A. appointed by Elizabeth I

1618  William Croasthwaite appointed by James I

Rectors of Loftus-in-Cleveland and Carlin How with Skinningrove 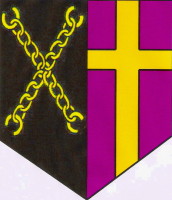 Until 1987 the Patron of the Parish of Carlin How with Skinningrove had been the Lord Archbishop of York.  Consequently, since the union of the parishes into a single benefice, The Crown and the Archbishops of York have taken it in turns to act as Ecclesiastical Patron and appoint new Rectors to the benefice. The Crown takes turns number one and number three, with the Archbishop of York taking turn number two as indicated below.

1997  John Payne appointed by the Archbishop of York (turn 2)